Driving through Hangzhou at night, almost every building was covered bright lighted signs, making it look like a Times Square that ran on for blocks. The building where we were stopping at for dinner was no exception. The awning over the entrance was lit with Xs and Os, the front pillars were wrapped in Christmas lights, and there were signs everywhere, with flashing lights. 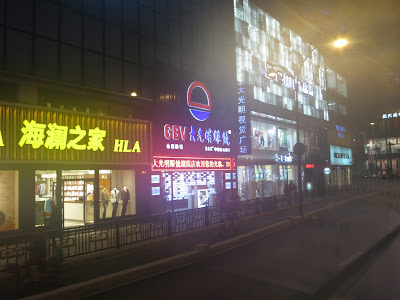 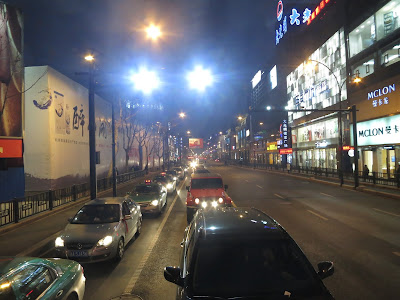 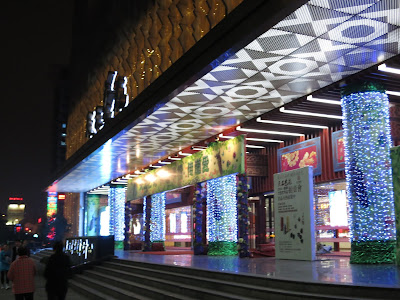 The restaurant we were eating at was called Zhangshengji. It looked a bit more luxurious than the restaurants we had eaten in so far. The walls were covered in marble, and it seemed to epitomize the look of things that were high end in the early 90's, (in a good way, mind you.) 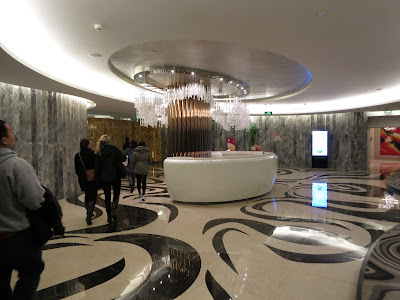 We were led to a private dining room, of which there were many in the restaurant. I learned it was actually quite common for people to rent out private dining rooms in China. The food was excellent, but it definitely strayed off the beaten path of what I thought of as "Chinese food." The flavors were familiar, but the dishes looked unlike anything we had come across yet on the trip, or for that matter that I had come across at any Chinese restaurant in the US.

Granted, I suppose most Chinese food in the US is presented in a way to emphasize its "Chinese-ness," whereas here it was being presented in a way that emphasized its gourmet nature. As was par for the course, I had no idea what any of the dishes were called, and could only deduce which was chicken, beef, fish, etc. 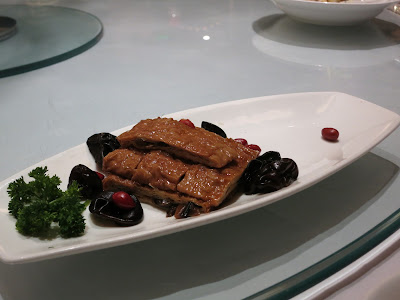 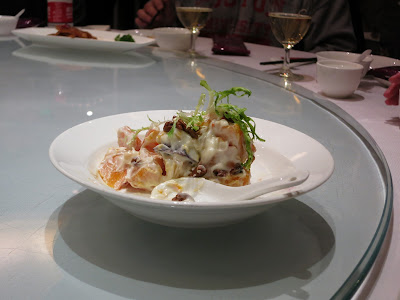 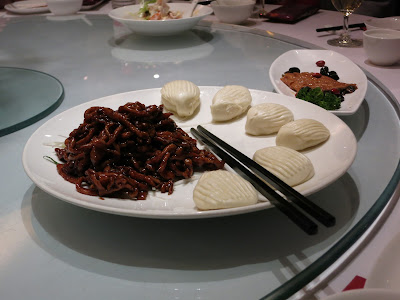 On our tables were several bottles of beer, for us to enjoy with dinner. At first glance, the label appeared to be for a brand of beer called "MONS." The name was written sideways, and as English is generally read top to bottom, and most of the other English text was written top to bottom, it was the logical assumption. 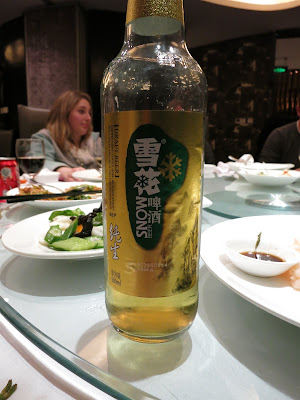 However, somebody eventually picked up on the fact that the label had a big snowflake on it, and had a picture of a snowy mountain. Upon closer inspection, next to "MONS" was written "BEER" in smaller letters, sideways, but bottom to top. So, it turned out, that the brand of beer was actually called "SNOW."

We headed back to the hotel after dinner. Outside of my hotel room, there was a loudspeaker somewhere that was blasting what sounded like traditional Chinese music. Upon playing closer attention to the song, it was actually being sung to the melody of "Scarborough Fair." Meanwhile, in the window across the alley, several floors below me, there appeared to be some sort of casino in operation. The combination of the two brought to mind some outdated, seedier version of China from a film noir era, and I found myself lingering by the window, taking it all in. I might have just stayed there for as long as the music was playing, but my friends did have plans to venture out into Hangzhou for a bit.

Thankfully, the mysterious music seemed to play at about the same time every night.

I met with Dhruv, Dan, Charles, Steve and Sarah S in the lounge in the fourth floor atrium. The atrium had the noticeable bite of cigarette smoke in the air. We grabbed a beer and kicked around plans for the night. I wanted to do karaoke again, but with five guys and one woman it didn't seem like the optimal mix. Fortunately, Kathy said she'd meet us in the lobby to help us find some kind of bar to go to.

As we walked around town, we found ourselves drifting towards the sound of a thumping bass beat. Eventually, we found the source of the sound, a nightclub covered in neon lights. The sign on above the door read "DAD," as did the one written vertically on the building. 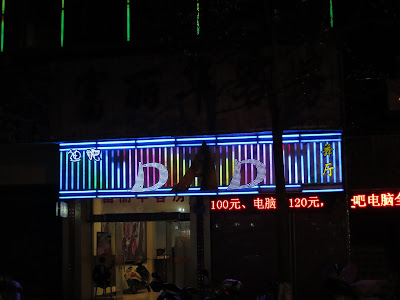 We figured it was as good a spot as any, and Kathy bid us farewell, leading Steve to take the lead from there on out. The club turned out to be a bust. The doorman lead us to a booth, allowing us to look out over an empty club with blaring music. If five guys and one woman wasn't the ideal mix for karaoke, it definitely wasn't the ideal mix for a dance party.

And it was too loud for us to hear each other.

And they wanted the six of us to buy a minimum of 24 beers.

So, we ducked out of the club, and went over to a nearby convenience store where we bought considerably fewer beers. I also snagged a few boxes of Pocky, because I wasn't about to pass up having my favorite Asian snack, while in Asia.

We took our purchases back to the hotel, and lacking a better place to hang out, we ended up having our beers and snacks in the second floor lounge, overlooking the lobby. This lounge also had a bar which was open at the time. We sheepishly asked if it was okay if we could have the beers there, and the bartender said it was fine.


On the way back to our room, I noticed some of the signage around the hotel, and realized we were staying in the "Pleasure Tower." Perhaps not the best choice of translations. 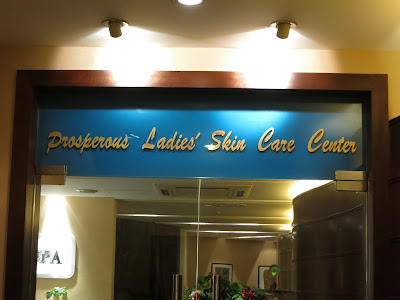 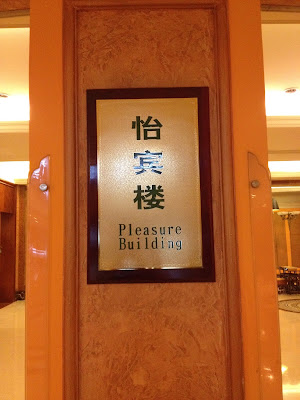 Next: The Hi-Tech Development Zone
Posted by Allister Sears at 11:01 PM