Often when a new building goes up in a city, you inevitably find yourself wondering what was there before. Downtown Cincinnati has been enjoying a revitalization in recent years, with several major building projects happening in various stages of completion. One of the projects planned involves putting a new apartment complex, grocery store and parking garage on the site of the current Tower Place Mall and the Pogue's Garage. I decided to take the opportunity to shoot some photographs of the buildings currently on the sites before they are both gone.

Just a short primer for anybody not familiar with the Tower Place Mall, it was built as a downtown Cincinnati shopping center in the mid-90's, connected to the Carew Tower and Hilton Netherland Plaza Hotel. I'd like to be more specific than that, but the truth is there isn't much information easily available online about it's opening, (and I don't really care to do that much research for one or two sentences in what is really just to give context to the photos,) so I'm mainly going by what I personally remember about it.

When it first opened, it did attract lots of attention and business. It had the usual mall stores (for the 90's,) such as The Nature Company, The Gap, Structure and so on. The idea behind Tower Place seemed to be a common urban revitalization tactic in the 90's. Build a mall that has all of the popular stores from suburban malls, and in theory it should attract suburban shoppers. The problem was, aside from the novelty of shopping downtown, there wasn't much incentive to get people to come down from the suburbs, where the parking was free and there were many more stores. Personally, I remember my family only going down a few times a year, either around Christmas, or when people were visiting from out of town and we wanted to show them downtown Cincinnati.

Over time, the big name stores started to close down, to be replaced by locally owned shops, which in turn either moved or closed down as well. However, there were some hold-outs for many years, such as Foot Locker and Victoria's Secret. Eventually, the only stores left were in the food court on the lower level. Those too started to shut down, though at the time I took these photos, (between April and June,) Subway was the lone holdout, though it's supposed to move to a street front store at the Carew Tower. 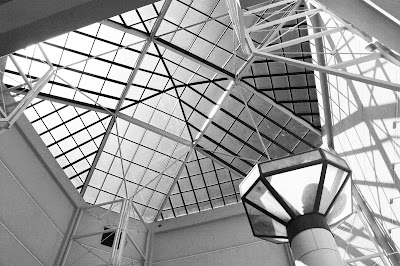 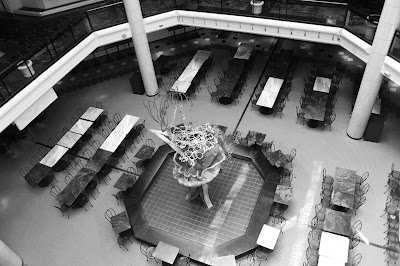 A view of the food court. 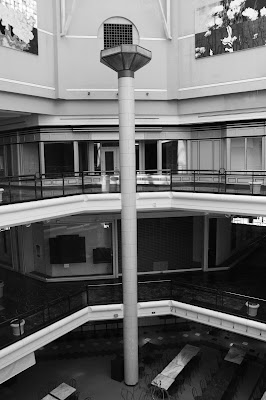 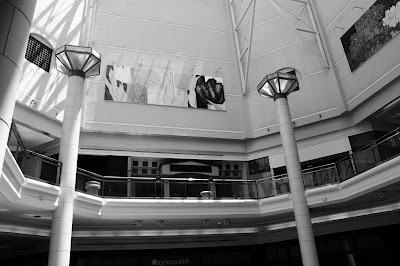 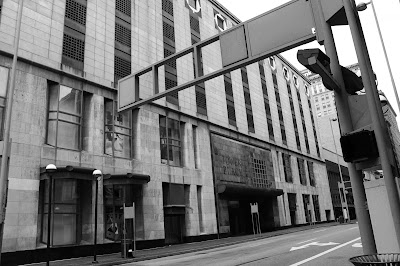 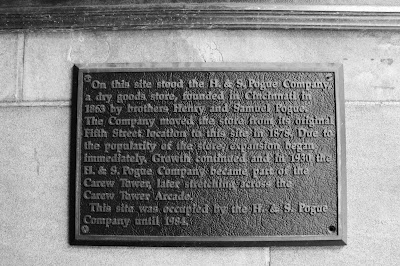 Posted by Allister Sears at 3:39 PM